Where we do our best to keep you informed on politics and business in America. 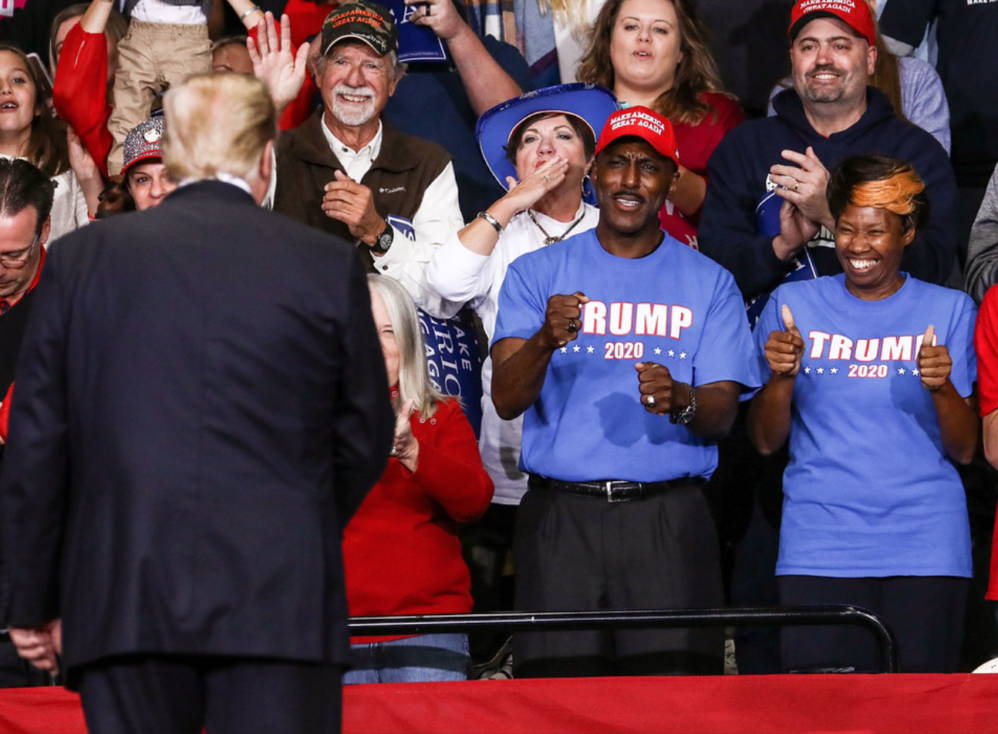 CAN DEMOCRATS AND REPUBLICANS SEE EYE TO EYE? 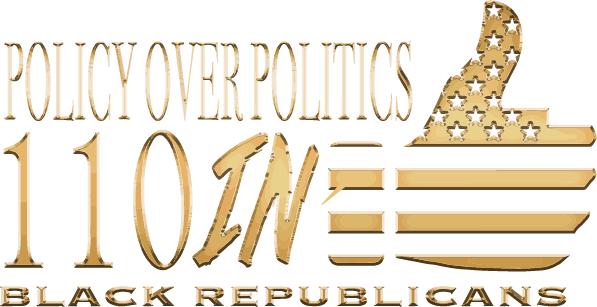 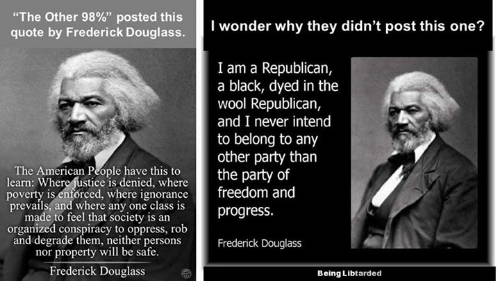 Why these black former Democrats are voting for Trump in 2020

At first, I was scared, because of the way he talks, that we’d go to war immediately. I was afraid he’d run the country as a cold business,” said the Staten Islander, who works in high-end retail sales. “But those fears were not realized.

”He started to support Trump after the president’s first year in office, mainly due to immigration policies. “It’s why I got behind him. It’s one of the biggest issues facing America today. And I noticed the tax cut. We all got more money in our paychecks — it’s not just for the rich,” said Davis, who disagrees with some of Trump’s foreign policy positions, particularly with Saudi Arabia and Israel.Still, Davis, who is gay, said he pays a social premium for supporting Trump.

“I’ve been called Uncle Tom, Uncle Ruckus [a character from the ‘Boondocks’ comic strip], traitor, house Negro, Oreo — white on the inside,” he said. “Literally everything but a proud black man.”So far, he’s been too nervous to wear a Make America Great Again cap in New York City, but that may change: “I just saw a black guy wearing a MAGA knit skullcap on the subway. I thought maybe I should, too.”“I’m doing very well financially”QUAN LANAE GREEN, 35, P. Lanae Green almost voted for Hillary Clinton in 2016. But the married mother of three ended up sitting out the election.“In the end, I was torn. She was a woman and I wanted to support another woman, but it didn’t feel right to vote solely on that,” said Green, who was raised a diehard Democrat.But over the past couple of years, she’s broken from her family.

Democrats are a bunch of hypocrites and really take advantage of the African American vote.

“Democrats are a bunch of hypocrites and really take advantage of the African American vote. Democratic politicians [think they] don’t have to work hard for the black vote. They take [it] for granted,” said the Poughkeepsie resident, who is a self-employed life coach.“In Poughkeepsie, I’ve seen a bunch of promises to the black community that ­haven’t been fulfilled,” she said, citing a parade of Democratic leaders who promised more community centers, more money for schools and to rebuild parks.

“They haven’t done anything like that,” Green added. “They’ve built new jails in the community.”Meanwhile, she said, her life has improved under Trump.“I’ve been doing very well financially,” said Green who invests in real estate and the stock market. “Since Trump’s been in office, my stocks have increased exponentially.”But she would like to change one thing about the president: “I wish he were more socially adept — he’s made a lot of enemies.”

The Inconvenient Truth About the Democratic Party 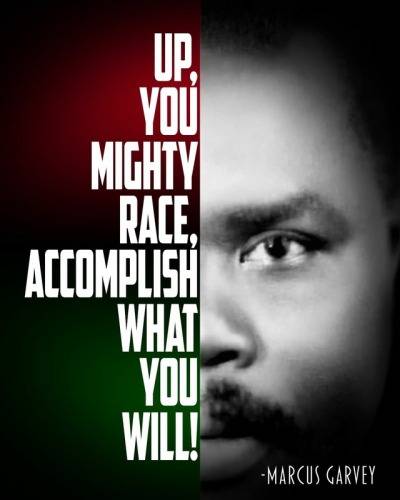 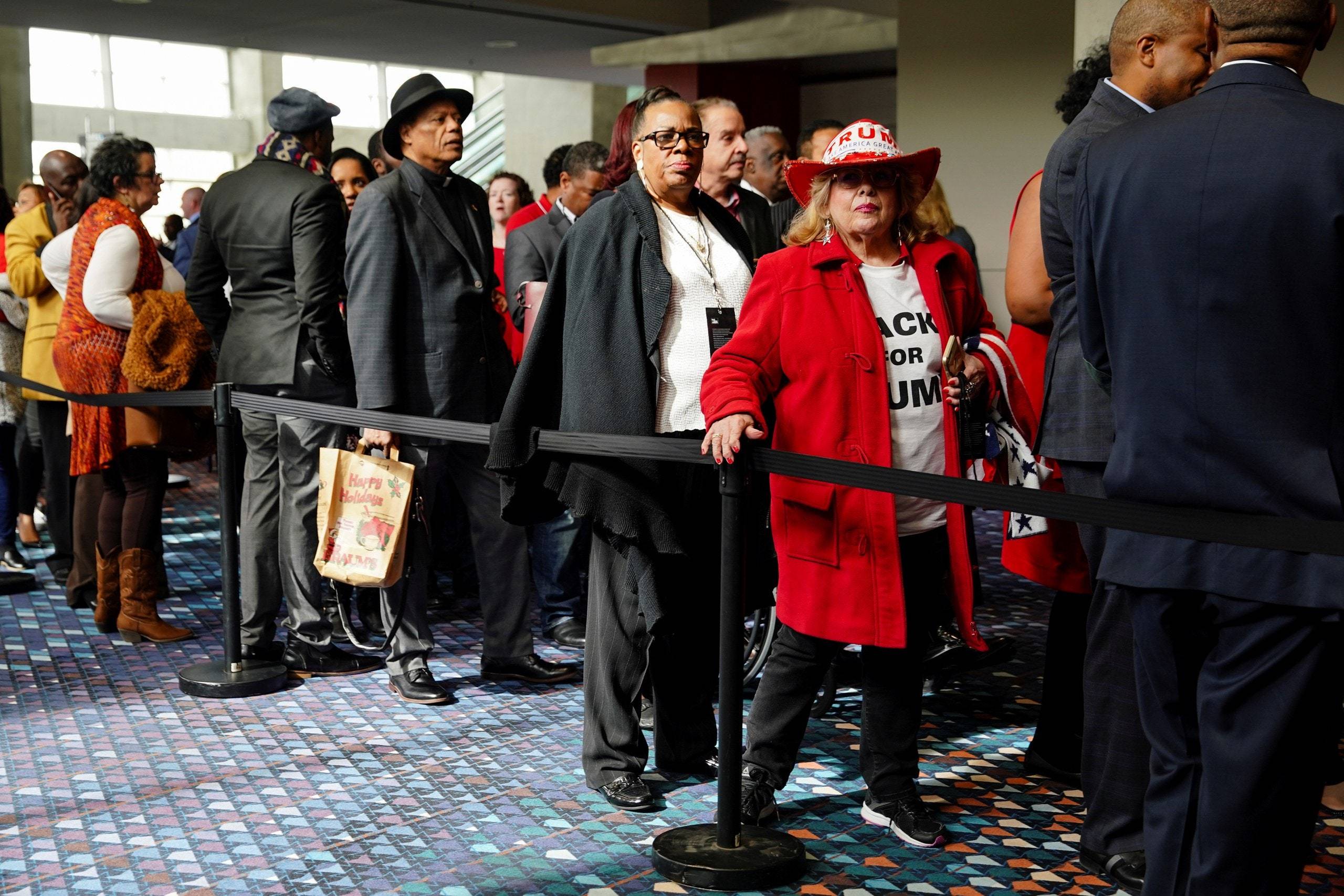 Candidate Donald Trump’s pitch to African Americans heading to voting booths was simple: “What do you have to lose?”While he captured just 8 percent of the black vote in 2016, recent polls suggest things could be different this time around.In November, an Emerson poll reported a 34.5 percent approval rating among black voters, and a January Gallup poll reported a 14 percent increase in satisfaction over race relations among Americans.

“We’ve had this wild surge of new testimonials coming in the past few weeks, largely in the black community,” said Brandon Straka, founder of #WalkAway, a social media campaign for disenchanted Democrats leaving the party. “They feel taken for granted, manipulated, and lied to by Democrats. They’re sick of the fearmongering.

”Here, five black New Yorkers — all former Democrats — tell The Post why they’re flipping parties and voting Republican this year.“I’m sold on his immigration policies  ”KYREE DAVIS, 36, STATEN ISLAND“When Trump announced his candidacy, I thought it was a joke,” said Kyree Davis, who voted for Hillary Clinton in 2016. “I said, ‘Hopefully, he’s not the racist, bigoted a–hole he portrays on TV.’“

How the Republican Party went from Lincoln to Trump 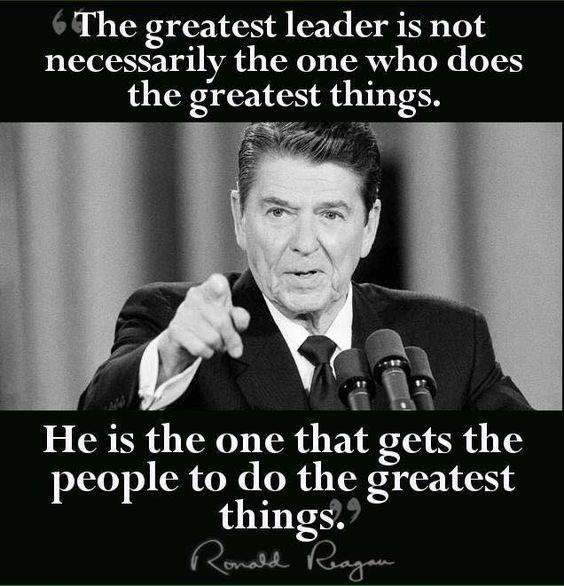 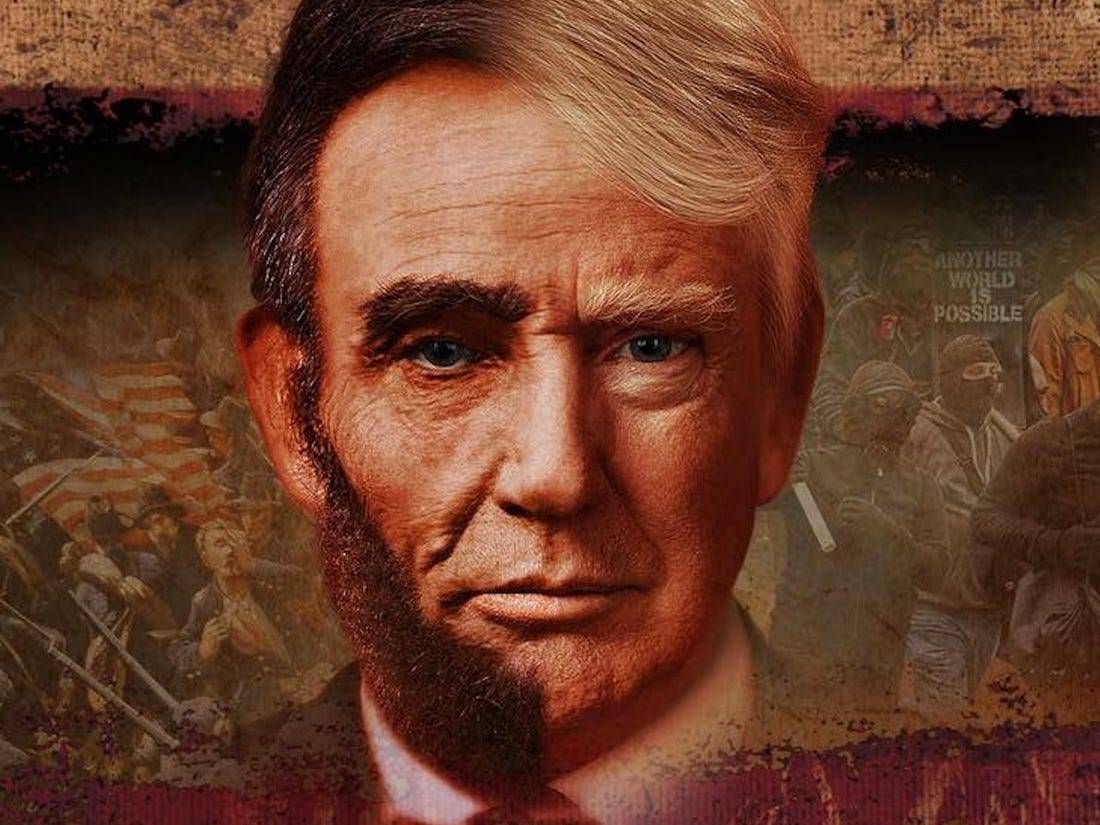 There is a certain irony that Donald Trump is running to be the standard bearer of the party of Abraham Lincoln.

Trump is no Lincoln. The two men differ widely in terms of social background, education, political experience, policy positions, and in almost every other way. Trump was born into a family of means; Lincoln told his campaign biographer in 1860 that his early life could be summed up in a single sentence: “The short and simple annals of the poor.” Trump graduated from the prestigious Wharton School of Business at the University of Pennsylvania; Lincoln was largely self-taught, having less than a year of formal schooling in the “three R’s.” Trump has no prior political experience; Lincoln served four terms in the Illinois legislature, sat in Congress, ran for the U.S. Senate, and campaigned widely for Republican candidates in the 1850s. Trump holds to vague, inconsistent, and sometimes contradictory policy positions, even in the midst of his current campaign; Lincoln was remarkably steadfast in his opposition to the expansion of slavery and his adherence to Whig economic principles and platforms over the course of his political career.

Nowhere is this difference more striking than in the campaign style employed by the two men. Trump regularly engages in the art of political insult with his critics and political opponents. He questioned Senator John McCain’s status as a “war hero” because he had been captured and spent five years as a prisoner of war in Vietnam. He castigated Megyn Kelly of Fox News as a “bimbo” for quizzing him about his verbal characterizations of women. He attacked fellow candidates Carly Fiorina for her “looks” and Jeb Bush for his supposed “low energy.” Unlike Trump, the mature Lincoln eschewed political insult. He learned from an early episode in which he engaged in verbal skewering of a political opponent. In the so-called “skinning” of Jesse Thomas during his 1840 campaign for the Illinois legislature, Lincoln mimicked Thomas so effectively on the stump that Thomas broke down in tears. Lincoln subsequently apologized to Thomas and admitted that his behavior “filled him with the deepest chagrin.” He refrained from such conduct after that.

Trump even engages in insulting and denigrating an entire group of people – undocumented immigrants from Mexico. The opening salvo of his campaign characterized most of them as criminals, drug dealers, rapists, and diseased. In his own day, Lincoln found such attacks disgusting. During a period of extreme xenophobia against Irish and German immigrants in the mid-1850s, even as the slavery debate was heating up, Lincoln concluded: “As a nation, we began by declaring that ‘all men are created equal.’ We now practically read it ‘all men are created equal, except negroes.’ When the [anti-immigrant] Know-Nothings get control, it will read ‘all men are created equal, except negroes, and foreigners and catholics.’ When it comes to this I should prefer emigrating to some country where they make no pretense of loving liberty. . . .”

Instead of using braggadocio and political insult, which are Trump’s stock in trade, Lincoln often used self-deprecating humor to disarm opponents and move audiences. In the midst of the famous Lincoln-Douglas debates during the campaign for the U.S. Senate in Illinois in 1858, this was on full display. When Stephen Douglas, his opponent, accused Lincoln of being two-faced, he responded not with counter-insult but by drawing on his own perceived homeliness: “Honestly, if I were two-faced, would I be showing you this one?” The audience laughed, leaving Douglas with no retort. This incident typified Lincoln’s campaign style.

In an era of dysfunction and partisanship in politics, some Americans justify their attraction to Trump and excuse his behavior by saying that an arrogant and aggressive political outsider is needed. In a time of far greater dysfunction and partisanship – the Civil War era was, after all, the time when the so-called “blundering generation” led us into a military conflict that left 750,000 dead – Lincoln, a skilled and principled political insider, guided us steadily through the crisis, never allowing his fellow Americans to lose track of our founding principles. I can only hope that we find our Lincoln in the current context. Let me paraphrase a remark by the late Senator Lloyd Bentsen: I have studied Lincoln’s life and career extensively. I teach a course on Lincoln. You, Mr. Trump, are no Lincoln. 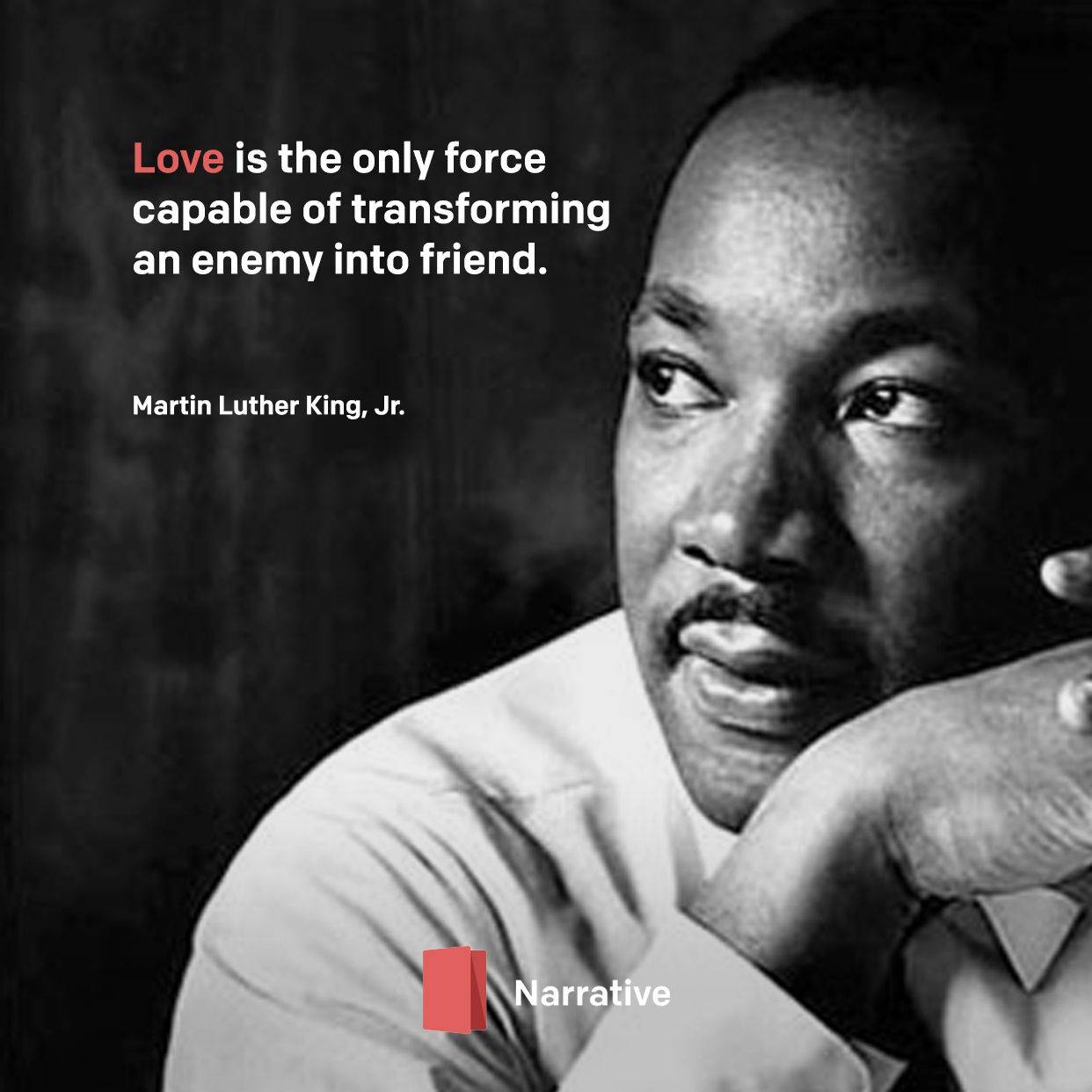 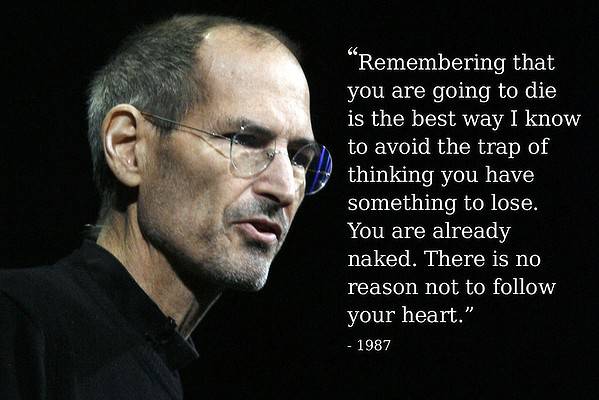 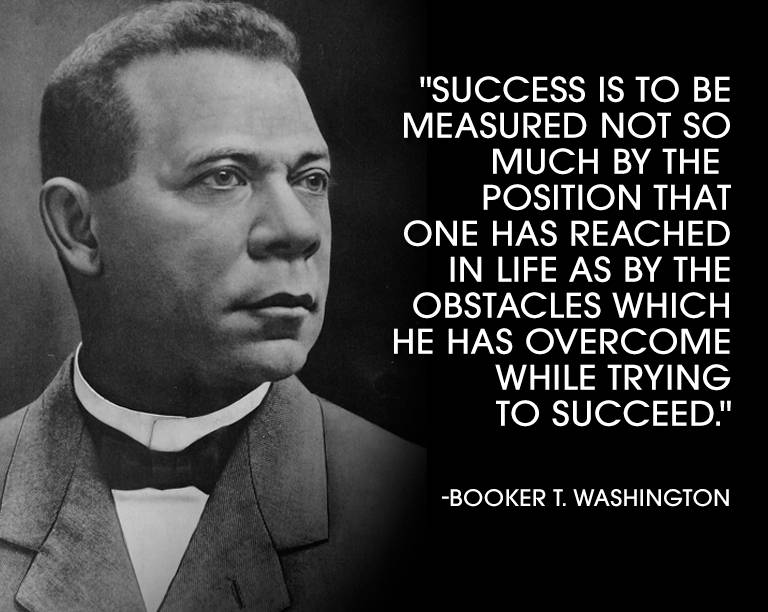 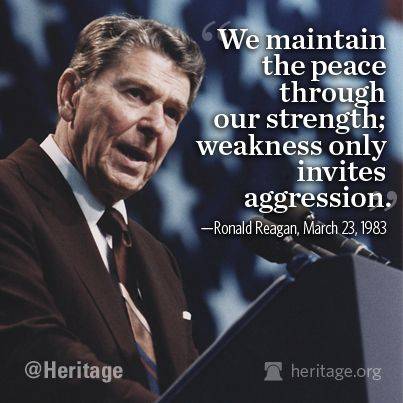 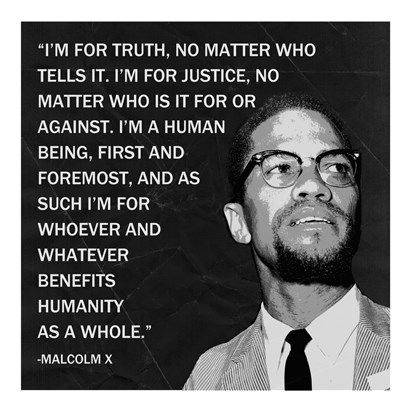 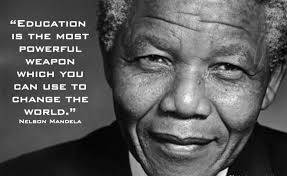 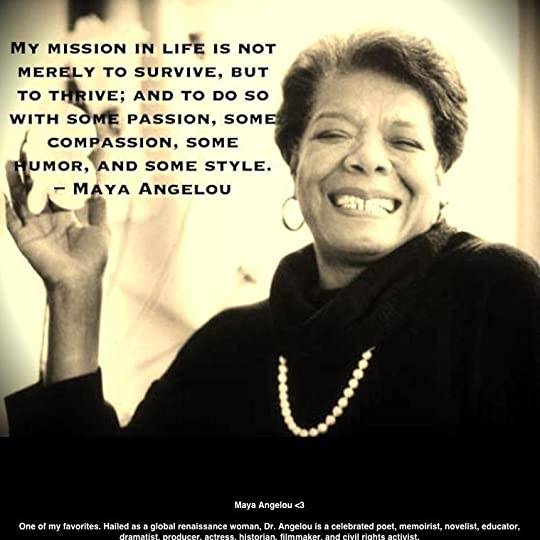 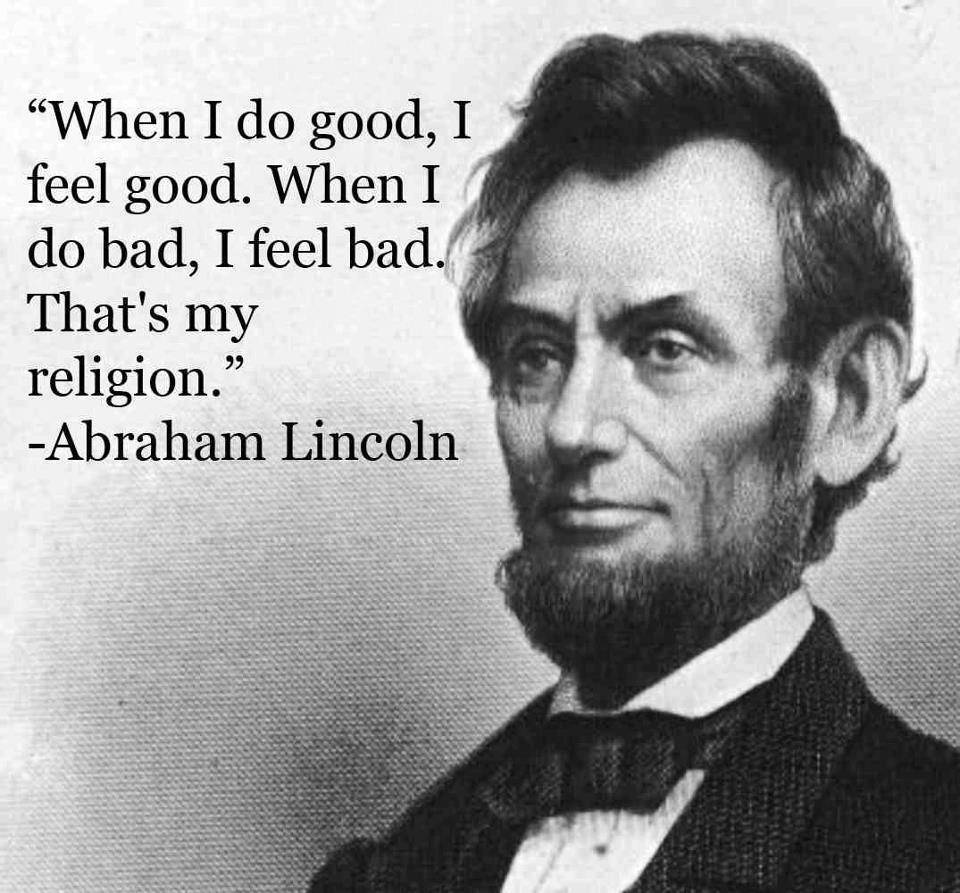 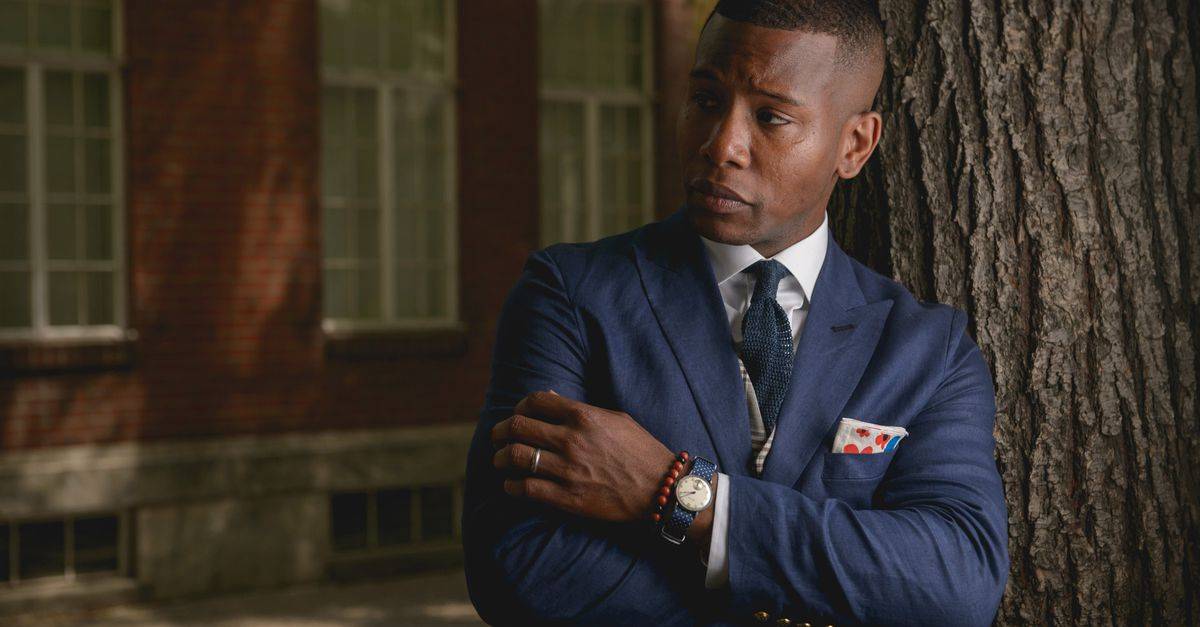 The White House’s new executive order for agencies to prioritize O.Z.s is a positive first step to transform more communities into walkable, equitable and thriving places

After almost two years, President Donald Trump has laid out a policy with an executive order to spend money and investments in the “distressed communities across the country.” On Dec. 12, at an executive order signing at the White House, with a majority of African Americans in attendance, Trump said the order “would draw investment into neglected and underserved communities in America.”

With a sea of Black faces, starting with billionaire Bob Johnson, Sen. Tim Scott of South Carolina and Secretary of Housing and Urban Development Ben Carson, Trump has assured the mainstream media that this is one of the solutions to fix the numerous economic problems

in urban America. Under Carson’s leadership and direction, 13 federal agencies have already put together a list of 8,761 potential designated action zones.

“The White House’s new executive order for agencies to prioritize O.Z.s is a positive first step to transform more communities into walkable, equitable and thriving places and repair the mistakes of the 20th century that led to sprawl and disinvestment,” said Christopher Cotes, director of LOCUS, a program of Small Growth America. “Most importantly, this new council must encourage greater transparency to ensure any federal investment in O.Z.s achieves equitable development outcomes that are good for both residents and businesses.”On paper, the Opportunity Zones plan appears to be an excellent concept and major corporations have an opportunity to invest in distressed communities and get a break on their taxes.These Opportunity Zones were created a 3 year ago under the 2017 Tax Cuts and Jobs Act, but a year later there are still no established rules to implement the program.All 50 states, the District of Columbia and five U.S. territories are able to participate in the Opportunity Zones initiative. State governors are responsible for nominating low-income communities based on qualified census tracts, and the U.S. Department of the Treasury will certify Opportunity Zones within 30 days of receiving nominations.

Presently, the major question is, how will the African-American community benefit from Opportunity Zones? To begin, very few African Americans are aware of or have information about Opportunity Zones, and many consumer advocates warn that the investments may not reach distressed areas. Many of these projects will be public-private partnerships, and many companies refuse to invest money in a poor community, where they don’t see them getting a return on their investment. But, at the executive order signing, different prominent Blacks spoke in favor of the project.

Pastor Donte’ Hickman of the Southern Baptist Church, in partnership with other faith-based stakeholders’ institutions, has created the East Baltimore Revitalization Plan, addressing development needs of 100 acres, approved and adapted by the City Planning Development of Baltimore.

“Our area has been federally designated as an Opportunity Zone, and this bipartisan legislation can leverage public and private funding toward community revitalization,” said Hickman. After Hickman gave his remarks, Johnson of BET spoke. Johnson is also a big supporter of Opportunity Zones.“What this proves is the efficacy, Mr. President, of a program that allows capital to flow to places where people are seeking out opportunity. And I am convinced that [the tax incentives] to business people will cause people to invest money where before they saw risk, now they see opportunity,” Johnson said.

It is too early to make an informed opinion on this Opportunity Zone project. There are different numbers from different leaders on the amount of money the government is willing to invest — some say $1.3 billion and others say $2.2 billion. But both numbers are substantial. — (NNPA) 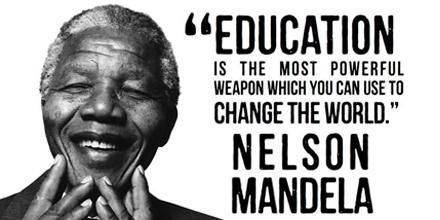